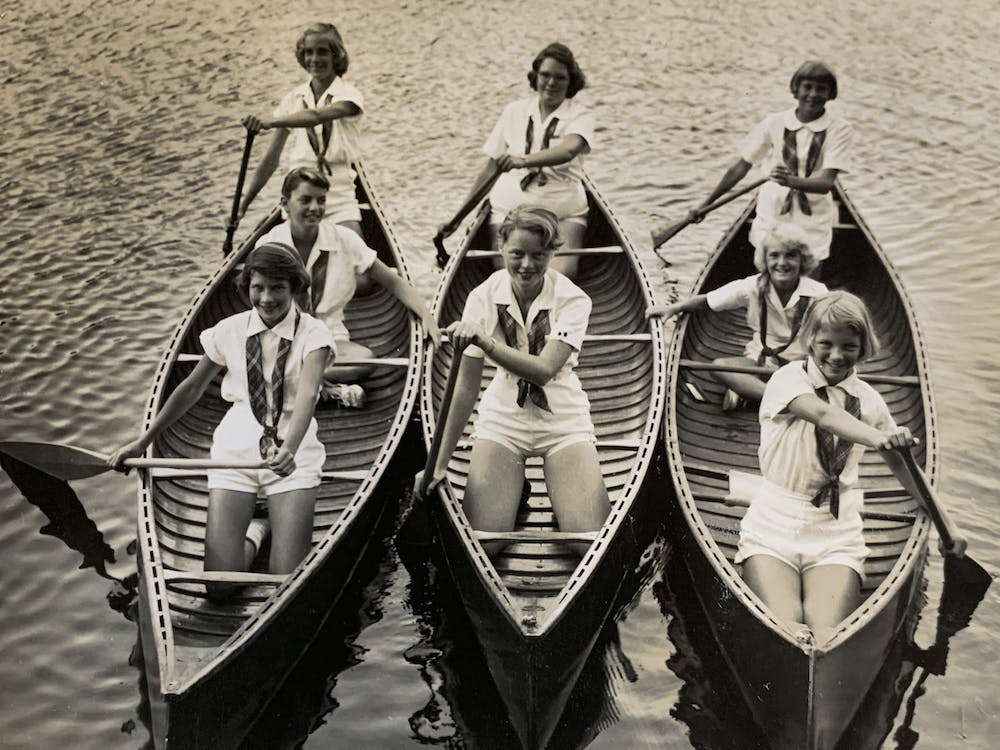 The Ties That Bind

When our founder, Mary Kellogg Bell, was a waterfront counselor in Sapphire, NC, she was introduced to the idea of every camper and counselor wearing a tartan plaid tie as part of their camp attire. Sapphire was heavily influenced by the Scottish traditions of its surrounding mountain area, including Highlands, NC, where Scottish games continue to be contested yearly.

As the ideas and plans for Camp Glen Arden began to form, Mary Bell knew she wanted to bring the rich tradition of the Scottish Clans and their fierce devotion and loyalty to their tartan and those who wear them to her own camp. Allowing her girls to learn and grow through the sisterhood of the tartan and Clan competition, would give them the opportunity to return home with a sense of self worth that would sustain them until they were able to return to the Blue Ridge Mountains.

Just as the different Scottish Clans fought valiantly for their tartan and each other, so too would the Red Clan and Blue Clan of Camp Glen Arden proudly compete each summer to see their tartan emblazoned as victor at the end of the camp season. Wearing the tartan plaid of Red or Blue gave each camper and counselor the knowledge that she belonged, she was one with the long, proud history of Glen Arden girls.

Whether a Red or a Blue, those who wear the ties and grow up at Glen Arden are a link to the love and dedication of all who have come before them and all who will follow.

THE RED/BLUE GIANT RELAY OG GIVING Fundraiser With the notable success of last year’s 70DAYSOFGIVING fundraiser for tuition assistance, known as camperships, the Alumni Association has created the RED/BLUE Giant Relay of Giving 2021.

Beginning October 20, 2021, we will kick off the fundraising campaign with one hundred percent of your contributions (less PayPal fees) going toward camperships and tuition assistance for summer 2022 at CGA, with each donation counting as a point for your clan. Go Reds! Go Blues! And Go Purples, too! Most importantly, your gift will benefit campers who otherwise might not be able to attend Glen Arden.

Calling ALL Reds and Blues! CGA Summer of 2022 is around the corner so get in the relay! Contribute, then tag a friend…Ready, Set, Give!

Contributions accepted starting October 20, 2021 through November 22, 2021. *Contributions to this fundraiser are not tax deductible.

For additional information on how to give, click on Support Us at the top of the page.

To foster lifelong connection, honor our shared traditions, enhance and preserve programs and property historically held by Camp Glen Arden, and sustain the legacies of our directors, Mary Kellogg Bell and Casey Thurman, by offering opportunities that foster the camp experience and programs through community partnerships that promote outdoor education, stewardship of our environment, and the values Camp Glen Arden instilled us. 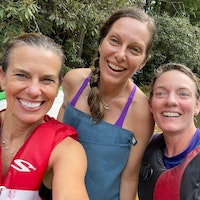 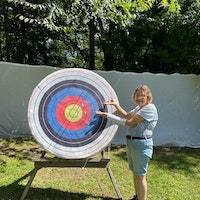 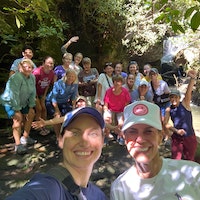 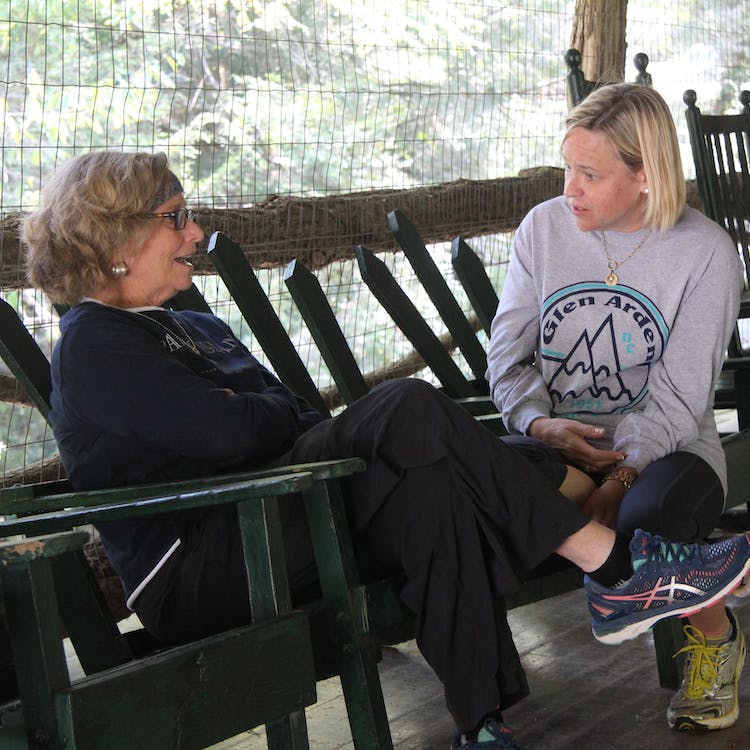 We are a collective group of alumni, family, and friends of Camp Glen Arden who want to connect with one another and give back to Glen Arden in tangible and meaningful ways.

We believe one of Glen Arden’s most valuable resources is you, our alumnae – but notice the i in our name. We are purposefully using alumni to represent the generations of girls and women as well as the men, fathers, brothers, sons, and spouses who have long been a part of Camp Glen Arden’s history. 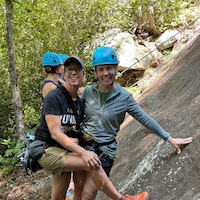 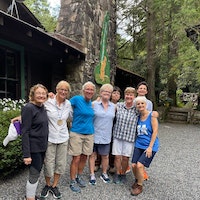 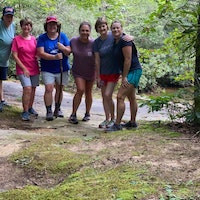 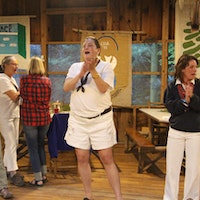 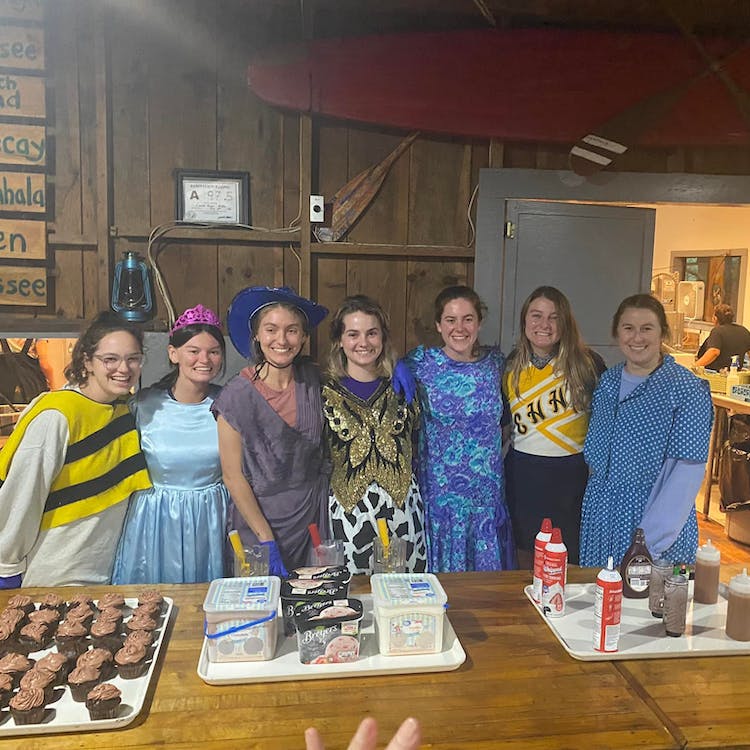 We want to make staying connected easier for you through Fall Alumni Weekends and Reunions, newsletters and social media – Facebook and Instagram.

We hope to create opportunities for our alumni to give back to our Glen Arden mountain home, where you perhaps had some of the most formative and memorable experiences of your childhood. In addition to the wonderful updates camp is initiating, our alumni association will contribute to camp program and property enhancements. We can help spruce up cabanas and porches, campsites and trails, and enhance programs by updating equipment and facilities.

And, finally, we hope to create a campership program by continuing The Directors Fund, in honor of Mary Kellogg Bell and Casey Thurman, to be used toward partial or full camp tuition for campers in need. We would like to give future generations of girls the chance to experience summers at Camp Glen Arden.

And be sure to follow Camp Glen Arden Alumni Association Facebook and Instagram pages. Help us spread the word and tag a friend on social media. #tagared #tagablue #stayconnectedcga 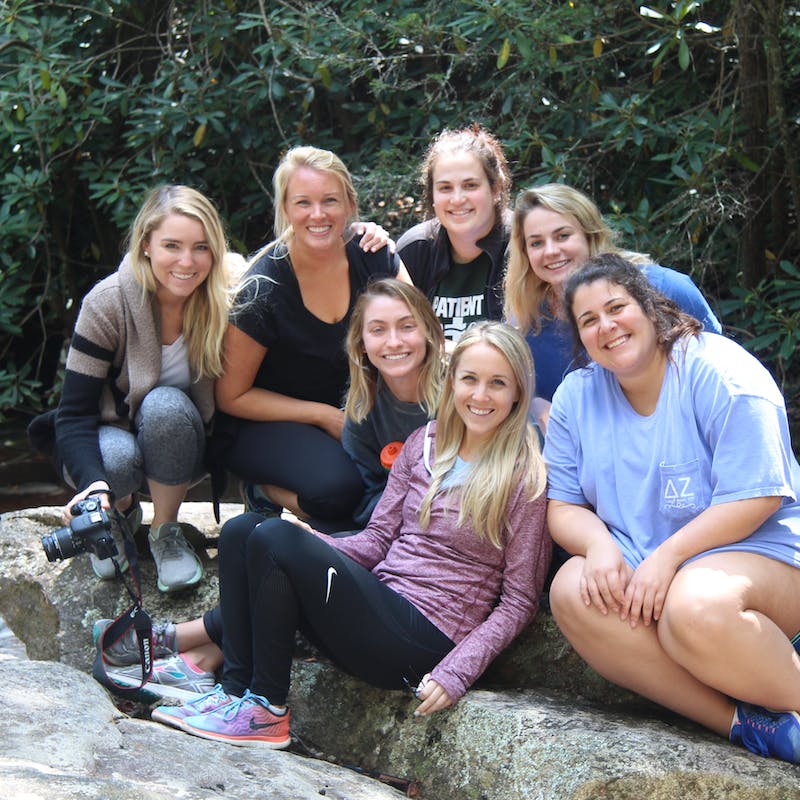